Why I’m a Personalist Part 1

Personalism is notoriously difficult to define. Sometimes I’ll read a writer and think, “this is personalism,” but then have trouble articulating exactly how. This is why Jacques Maritain quipped in The Person and the Common Good that “there are, at least, a dozen personalist doctrines, which, at times, have nothing more in common than the term ‘person.'” So instead of trying to define it, we’re going to take a look at a few examples of personalism. This week on “Why I’m a Personalist” features: 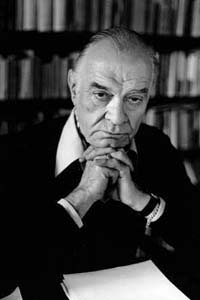 Because the only way to preserve the dignity of human persons is to love:

a man gives evidence of his love for a woman by treating her as a completely human person, not as if she were the spirit of the legend.

Instead of seeking the other through a self-made guise, the lover must reclaim “a sense of constancy” since

to be faithful is to have decided to accept another being for his or her own sake, in his or her own limitations and reality, choosing this being not as an excuse for excited elevation or as an ‘object of contemplation’, but as having a matchless and independent life which requires active love.

And because this is the future we can work toward:

A more convivial vision of community may be emerging, one with a new ethic of love having as a goal the full and authentic freedom of a real person: the control, not of others, but of oneself.

– Love in the Western World