Why Bury the Dead? 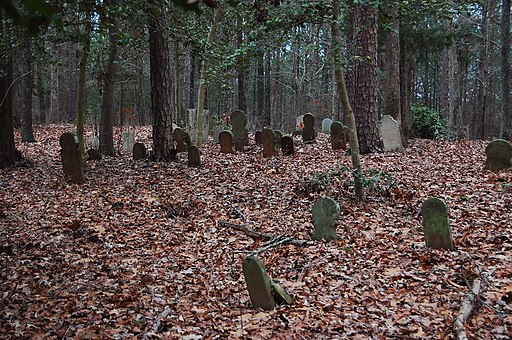 Today’s a special day for the dead. It begins a time when monks shield their faces with their cowls on processions to cemeteries. A time when we surround ourselves with the memento mori of skulls and ghouls and graves. But why hold such a day when we are alive and part of a culture that wants to forget death and blithely pretend that science will, just around the corner, present us with an everlasting youth?

Why should we care? Why bury the dead? Why visit the dead?

In The Dominion of the Dead, Robert Pogue Harrison proposes that being human is essentially boiled down to burying the dead:

humans bury not simply to achieve closure and effect a separation from the dead but also and above all to humanize the ground on which they build their worlds and found their histories. And since I will be referring to the human rather often in these pages, let me put forward a premise here to the effect that humanity is not a species (Homo Sapiens is a species); it is a way of being mortal and relating to the dead. To be human means above all to bury.

Metaphorically, the act of burying extends to the very foundation of human culture. And this foundation is one that is buried underground, a humic foundation:

A humic foundation is one whose contents have been buried so that they may be reclaimed by the future. The humic holds in its conserving element the unfinished story of what has come to pass. If it is true that we move forward into the future only by retrieving the past, it is because through burial, we consign the future of our legacies to this humic element…

We find a similar relation between the past and the future in the thought of Miguel de Unamuno:

I know very well, that it is madness to seek to turn the waters of the river back to their source, and that it is only the ignorant who seek to find in the past a remedy for their present ills; but I know too that everyone who fights for any ideal whatever, although his ideal may seem to lie in the past, is driving the world on to the future, and that the only reactionaries are those who find themselves at home in the present. Every supposed restoration of the past is a creation of the future, and if the past which is sought to restore is a dream, something imperfectly known, so much the better.

I’m reminded of Gerard Manley Hopkins’ poem, “Felix Randal.” In it, the speaker learns of the death of the local farrier. This is a poem for a day for the dead, so let’s look at it together. Along with Hopkins, let’s remember Felix Randal…

The speaker asks the same question that we’re asking: is “my duty all ended?” That is, what do I owe to the dead. He then goes on to remember the last days of Felix’s life and how his craftsman’s strength succumbed to sickness. And that is when the central realization comes: “This seeing the sick endears them to us, us too it endears.” There is a reciprocal action here where in caring more for the sick, we ourselves are more dear.

I think that this same principle works for the dead in the background of the poem. What is the first thing that the speaker does as soon as he learns of the farrier’s death? He buries him. The voice for the first few stanzas is lowering, it’s in decline, it’s descending into the humic foundation. And then the committal happens: “Ah well, God rest him all road ever he offended.”

But it is once Felix is buried that something interesting happens. The speaker comes to his realization, the poem turns, and the voice picks up again. We are then given an image of the power and health of the farrier, the same power that was taken by sickness. Felix is resurrected poetically. The realization of the effects of serving the sick is a truth that is exhumed from the humic foundation of human culture. In that last stanza, Felix is made more alive than he had been for some time, and so are we.