How My Blog Readers Helped Me Write an Article 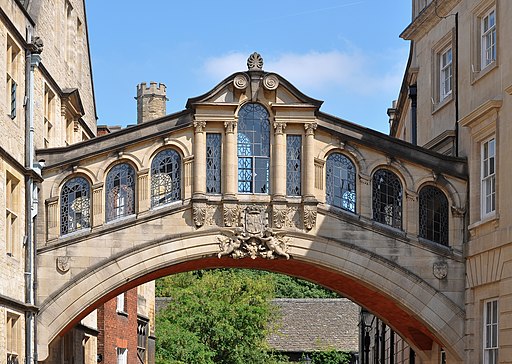 The Bridge of Sighs, Oxford

I think we tend to have a one-sided view of academic blogging. We tend to call it an “outreach” project, envisioning the process as research leading to communication with a broader audience. In many ways, this is great. And as someone who took time in between college and graduate studies, I feel a deep solidarity with everyone who would maybe like to study more, but life went a different way.

But I think that ignores what we receive in the process. Academic blogging lets us flesh out and test our ideas with a real and responsive audience.

Looking at how much my recent article on Thomas Hardy and Gerard Manley Hopkins (perennial favorites here at the Golden Echo) benefited from this blog has convinced me that I need to keep writing here.

All of you as readers were wonderful in the process, so I wanted to share with you how much you were a part of the journey.

You were some of the first people I told when I first submitted the article. It was originally a submission for an essay contest, and I remember being worried that I was spending too much time on this particular article. Here’s what I had to say for my Weekend Coffee Share that week:

But now I’m glad I spent so much time on the one article, and I think I knew it would be more compelling.

I finished the other article, but it wasn’t a good fit, and it’s my current project to pare it down and retarget another journal (you’ve been a part of that too, but that’s for a different post). The conference paper on Primo Levi went well though, and you can read a copy of it here. So a special thank you to the people over at Weekend Coffee Share for listening.

As I revised and looked more into the literature, you were there too.

In the article, I compare how Hardy and Hopkins treat the city of Oxford as a place where a medieval past meets the present. Their appropriation of the medieval past is part of the growing study of medievalism. As I was thinking through the best way to frame that, I was discussing with you what medievalism is.

And I was working out some ideas here too. A central consideration in the Hardy section of my paper is how to interpret one of his most chilling scenes. If you’ve read Jude the Obscure, then you know what “strange and consummate horror” I’m talking about. When I wrote about Auden’s interpretation of detective fiction and how that related to Hardy’s tragedy and Chaucer’s presentation of Troilus, I was thinking about how Hardy might be working through an illusory attachment to a past age. The Auden sections from earlier drafts of the paper didn’t make it into the final (so perhaps I’ll share those details more in a later post), but they were necessary as I worked out my argument.

You were also a part of the discovery of the model I used to have a redemptive reading of Hardy’s Jude the Obscure. My central claim in the article is that medieval influences enable us to read Hardy’s novel through a sacramental lens like a Hopkins poem.

I wrote about that in my post about our enjoyment of tragic literature. In the article, I use Rachel Kent’s new book, The Late Medieval Origins of the Modern Novel. Kent suggests that we gain intimacy with the suffering character through what she calls “Pietà moments” based on the devotional development of the Pietà, depicting a crucified Christ held by a sorrowing Mary.

Reading a modern novel can then remind us that with all our foibles we are still “sacred complexes of dignity.” According to Kent, suffering in the modern novel “drinks from vestiges of late medievalism’s invitation to an intimate, unswerving encounter with embarrassing decay,” which leads to an “intimate encounter with pained flesh.” Kent herself rereads Hardy’s The Mayor of Casterbridge through this model, and I use it to give us a different perspective about Jude’s tragedy.

There was even some spillover in the research that never made it into the paper. With the specter of New Criticism, we are still careful to not rely too much on an author’s biography when interpreting a work. But I just couldn’t help wondering if there was any outside chance that Hardy was aware of Hopkins. He probably wasn’t, but we know that Hopkins read Hardy. Go ahead and play 6 degrees of Thomas Hardy yourself.

And now the article is online at postmedieval. I’ll let you know when it comes out in print. Here’s the abstract so you can get more of a feel for what happens in the article:

Centered on the unique chronotope of Oxford, this essay traces the ways Gerard Manley Hopkins and Thomas Hardy invoke and compromise our ability to relate past to present. In the sonnet, ‘Duns Scotus’s Oxford,’ and the novel, Jude the Obscure, Hopkins and Hardy respectively present the city of Oxford as a central confluence of medieval and early modern pasts with a Victorian present. To further link past and present, the poet and novelist both enter into the medieval conceit of the wind, wherein a lover gains intimacy with the beloved through mutually shared breath, but they do so for cross-purposes. Whereas a connection to the past is preserved in Hopkins’s sonnet by a theological understanding of the ether, any such connection is a dangerous illusion in Hardy’s novel. Yet, even with this divergence Hardy, like Hopkins, still leads the reader into a shared sacramental intimacy suggested through medieval influences on the novel.

Thank you for being a part of the process!