6 Hopkinsian Observations on the Epiphany 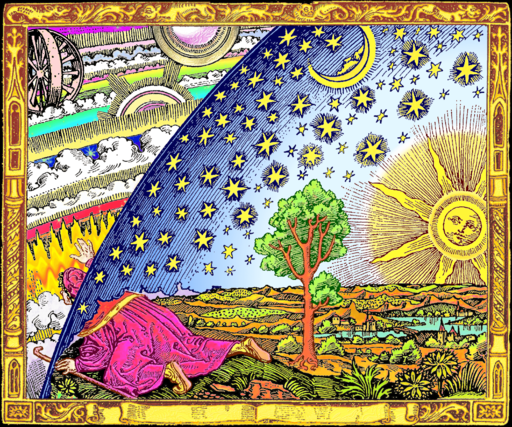 A grandmother has a gun to her head, as Miss O’Connor tells it, and her “head cleared for an instant.” Luke searches his feelings and knows it to be true, Darth Vader is his father. Stephen Dedalus looks over at a woman in the water, her face “touched with the wonder of mortal beauty,”  and he cries out “in an outburst of profane joy.”

We’ve all had our epiphanies. The moments when we don’t quite know why, but we see ourselves more clearly or realize something that had eluded us before.

When these experiences are expressed in literature, James Joyce’s works seem to be the trope namers. In Stephen Hero, an unpublished manuscript that was influential on A Portrait of the Artist as a Young Man, Joyce defines his understanding of the literary epiphany:

By an epiphany he meant a sudden spiritual manifestation, whether in the vulgarity of speech or of gesture or in a memorable phase of the mind itself. He believed that it was for the man of letters to record these epiphanies with extreme care, seeing that they themselves are the most delicate and evanescent of moments.

It is in these epiphanic moments that we find “the supreme quality of beauty” as Joyce puts it.

Philosophy professor, Richard Kearney, sees the epiphany as a central aspect of our modern and secular response to the physical world. “Far from banishing epiphanies,” Kearney argues, “secularization can lead to an immanent multiplication of the times and places in which epiphanies are made possible.” But to understand how epiphanies work, how we can find Joyce’s “supreme quality of beauty,” and even how the grandmother can reach for the gun-wielding Misfit with compassion, we need to look at the liturgical Epiphany that inspired the literary epiphany.

To do so, Kearney turns to the writings of Gerard Manley Hopkins (and you thought this would be a post on Joyce and O’Connor). But instead of the poetry of Hopkins, he turns to the devotional writings of Hopkins. During a retreat in January of 1889, Hopkins wrote on the Epiphany, ecstatically proclaiming that “yesterday I had ever so much light on the mystery of the feast…more than I can easily put down.”

Kearney distills these pages of notes down to six observations that open up the Epiphany, and by extension our own epiphanies, for us.

1. The Magi were strangers

Epiphanies seem to come from outside ourselves. The startling otherness of an object or a situation strikes us in such a way that sparks the realization. As Kearney puts it:

Hopkins makes much of the fact that the three magi were strangers from afar—Gentiles or “Persian Magians,” as he put it, who may have come from the “… borders of India.” They came, he notes, in secret, unrecognized and unannounced; and it is telling that right after their visitation, the Holy Family takes flight into another foreign land, Egypt.

The trope of the divine stranger is common in biblical literature. Consider the story of Abraham and the three angels, here through Robert Alter’s translation:

And the Lord appeared to him in the Terebinths of Mamre when he was sitting by the tent flap in the heat of the day. And he raised his eyes and saw, and, look, three men were standing before him. He saw, and he ran toward them from the tent flap and bowed to the ground. And he said, “My lord, if I have found favor in your eyes, please do not go on past your servant. Let a little water be fetched and bathe your feet and stretch out under the tree, and let me fetch a morsel of bread, and refresh yourselves.”

Though the narrator reveals that the stranger is divine, Abraham only sees three men, and yet he still runs out to greet them with hospitality.

In the Epiphany, there is a doubling of this trope. The Magi come as strangers, much as Hopkins felt a stranger in Dublin, but the divine stranger is actually the Christ child.

2. The Magi, unlike the shepherds, come after Christmas

Hopkins notes that the “date of the coming [is] uncertain.” We aren’t quite sure when the Magi come, but we know it’s not simultaneous with the shepherds. Liturgically, these two manifestations, one to the local shepherds and another to foreign Magi, are separated by twelve days. The Shepherd Mass will be celebrated at dawn on Christmas, while the Magi are celebrated today. According to Hopkins, these twelve days equal a combination of the six days of creation and a new set of six for redemption, making “a sort of mystical year, meaning the fulness of time.”

Kearney sees this as a specific kind of time unique to the epiphanic moment. He calls it the “aftering” of the Epiphany, and proposes that “the nativity is revealed in its after-effects.” Like how Dante sees the griffin through the eyes of Beatrice, we see the Christ child through the eyes of the Magi.

And perhaps, that means we also see the Misfit through the eyes of the grandmother, as we’ll see in the next observation.

3. The Magi approach the sign of the star as readers

As astrologers, the Magi read the stars as hermeneutical signs to come to the conclusion that the child in the manger is divine. Hopkins emphasizes that “the star was nothing to ordinary observers, perhaps not visible at all to them.” Perhaps an outsider watching the grandmother would only see an unhinged man with a gun recently escaped from prison, but she sees “one of [her] own children.”

4. The gifts of the Magi are aromatic frankincense and myrrh

The Magi bring “sweet-smelling gifts,” which Kearney notes highlight the “carnal character of the Epiphany.” The epiphanic moment of a divine stranger is decidedly physical and sensual. Abraham sees the three men in “the heat of the day” and then runs out to meet them, offering refreshing gifts. The grandmother reaches out to touch the Misfit. Stephen Dedalus’s moment of looking at the woman in the water is then not a divergence from the liturgical sense of an epiphany but firmly within the tradition.

According to Kearney the very physicality of the Nativity and the Epiphany points to how Christ as divine stranger is in this moment a homeless child and that “here we have the epiphanic paradox par excellence, of the highest in the lowest, the first in the last, the infinite in the infinitesimal.”

5. The Epiphany as an event is “surrounded by darkness”

The star of Bethlehem shines at night. The Nativity takes place in a dark cave. The Christmas narrative itself is darkened by the flight into Egypt and Herod’s order for the slaughter of the innocents.

In O’Connor’s story, the grandmother is at her darkest moment when she has her realization. Before his own epiphany and after considering “the grave and ordered  and passionless life that awaited him,” Stephen Dedalus is described as “disheartened,” and raising “his eyes towards the slowdrifting  clouds, dappled and seaborne,” he drearily thinks of them as “voyaging across the deserts of the sky, a host of nomads on the march.”

6. We must read the Epiphany of the Magi with the Epiphanies of the Baptism and the Wedding at Cana

Today the Bridegroom claims his bride, the Church, since Christ has washed her sins away in Jordan’s waters; the Magi hasten with their gifts to the royal wedding; and the wedding guests rejoice, for Christ has changed water into wine, alleluia.

Each separate event is mystically unified through a single narrative. Rather than John baptizing Christ, Christ washes his bride. Rather than bringing gifts to a child in a dark cave, the Magi are wedding guests at the very wedding where water will turn to wine.

Beyond these six observations, though, there is a seventh one that can’t yet be written: our reaction. In the darkness of an epiphany, when approached by the stranger, whether Magi or Misfit, we are faced with a choice. We can reach out to the Misfit like the grandmother, or we can pull the trigger. In his book, Anatheism, Kearney looks at religious stories of Judaism, Christianity, and Islam where the stark otherness of a divine stranger leads to this choice. “In such primary scenes,” he proposes, “two responses are registered: hostility or hospitality.” Abraham could have coldly ignored the three angels, but instead he ran out to meet them.