If we were having coffee, it would be early in the morning so we could enjoy the balcony without any bugs. I might even make sure to pour out any excess water from the bonsai and mutter about mosquitoes and Zika interspersed between apologies for not having a coffee share since December. December!

If we were having coffee, it would be the Stumptown cold brew we recently found, since it’s warm already, even early.

I’ve completed the August submission and sent it to the editors for consideration last Sunday, but the second one needed more research before being ready (which is why you’ve been getting so much Buber here lately). I realized as I finished the cover letter and hit send that this will be my first submission without the collaboration of a coauthor. If that submission is accepted, I’ll look into making it open access and see what more I can share with you here.

Speaking about Buber, if we were having coffee, I would say how I made a promise on the blog that’s not ready yet. I promised a series on Bakhtinian genre and it turns out that I need more time to get that ready and had to move up my scheduled Buber posts to fill the gap. But, the extra time means that part of the series can include the return of Br. Monday to explain the specific genre category monastic sayings fall into. And now I realize I just made another promise and anyone who reads this is either looking forward to or dreading some more monktastic shenanigans from Monday. So just remember that he’s on monastic time and it might take him longer to show up than we like.

And of course, if we were having coffee, I would tell you that the bonsai is doing just fine. He’s (remember shameless anthropomorphization) been re-potted and I think the blue bamboo pot goes well with his green and red. I would show a picture, but he’s shy and needs to be pruned.

So here’s last year’s picture. I tried to tell him that that’s like putting up an old profile picture, but he would have none of it. 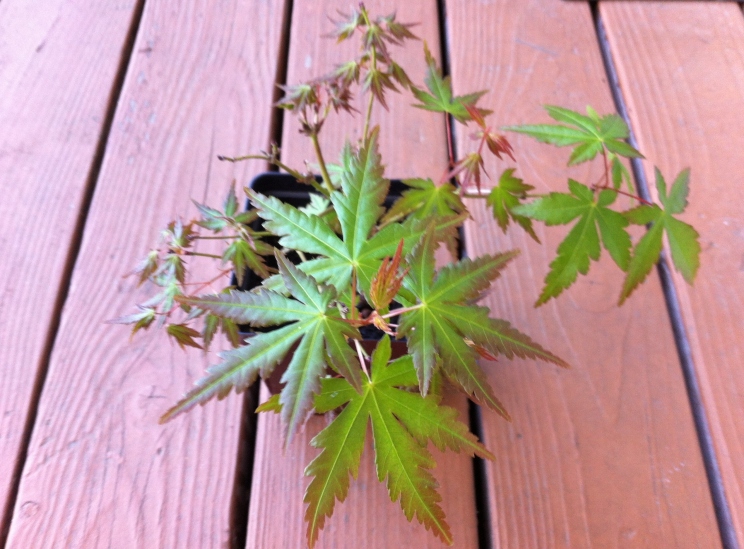